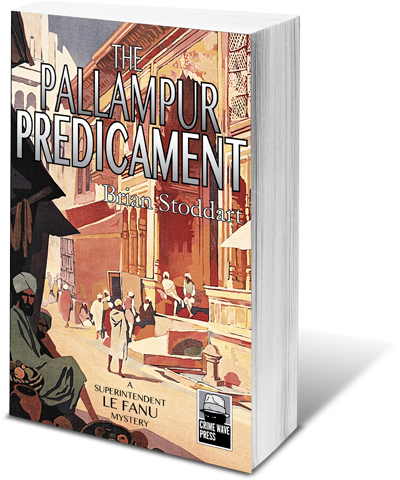 The second Superindentent Le Fanu Mystery sees our intrepid British policeman on the trail of the murderers of an Indian Rajah.

Under pressure from his superiors, pining for his lost love and allergic to the sight of blood, Le Fanu must navigate through a political mine-field of colonial intrigue in 1920s Madras.

As the British tighten their grip on the sub-continent, Gandhi’s peace movement, British secret agents and armed pro-independence rebels complicate Le Fanu’s investigations further and he soon finds himself in a quagmire of violent opposing forces that are unwilling to compromise.