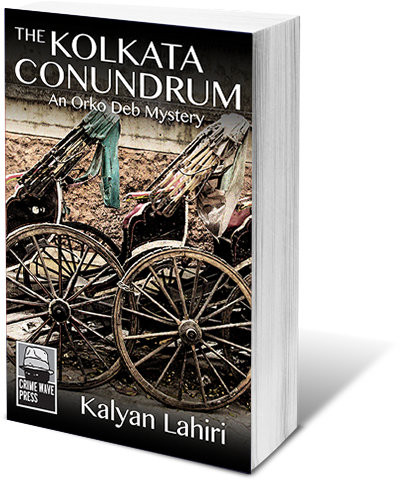 A novel by Kalyan Lahiri

The mysterious and alluring Pramila, resident of Avantika Heights, is brutally murdered. Sudhir Das, the security guard from the Golden Red Security Agency, is caught red-handed.

His cautious sleuthing, all over Kolkata, throws up more questions than answers.

Was the National Bank involved in money laundering?

Or was it simply a crime passionnel?

And who robbed the jeweler's store?

Then the media frenzy begins and Golden Red is like a deer in the headlights. The police take charge and Orko lies low.

Until he is arrested.