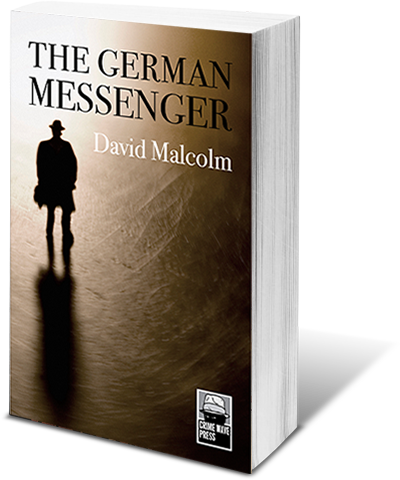 A novel by David Malcolm

Late 1916. Europe is tearing itself apart in the Great War. Harry Draffen, part Greek, part Scottish, British secret agent, cosmopolitan, polyglot, man of violence, is having a bad war. Now he is instructed to uncover a plot by the Central Powers against England.

From the slums of East London to an Oxford college, from the trenches on the Western Front to an isolated house on the Scottish coast, on to a bloody showdown in the North of England, he chases a phantom and elusive German messenger.

Betrayed, deceived, under attack from many enemies, bringing death to those he does not hate and even to those he loves, he tries to reach the heart of the mystery. In a final reckoning in a London tenement, he at last understands the full scope of the plots centered on the German messenger.