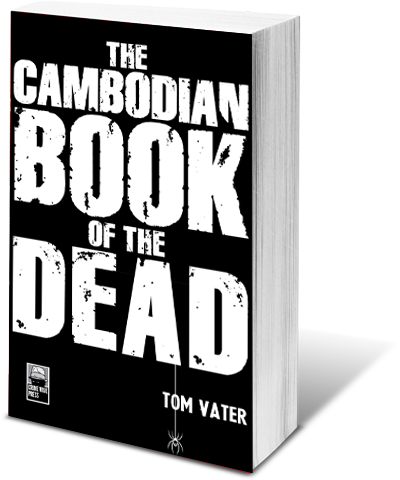 The Cambodian Book of the Dead

Cambodia 2001 - a country re-emerges from a half century of war, genocide, famine and cultural collapse. German Detective Maier travels to Phnom Penh, the Asian kingdom’s ramshackle capital to find the heir to a Hamburg coffee empire.

As soon as the private eye and former war reporter arrives in Cambodia, his search for the young coffee magnate leads into the darkest corners of the country’s history and back in time, through the communist revolution to the White Spider, a Nazi war criminal who hides amongst the detritus of another nation’s collapse and reigns over an ancient Khmer temple deep in the jungles of Cambodia.

Maier, captured and imprisoned, is forced into the worst job of his life – he is to write the biography of the White Spider, a tale of mass murder that reaches from the Cambodian Killing Fields back to Europe’s concentration camps – or die.

Review of The Cambodian Book of the Dead:

"The narrative is fast-paced and the frequent action scenes are convincingly written. The smells and sounds of Cambodia are vividly brought to life, and aficionados of this kind of writing will love the book. "