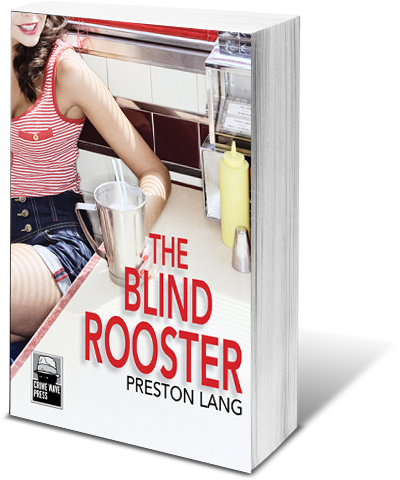 A novel by Preston Lang

When con-man Ralph does a runner on the check at a shabby diner in an unfamiliar town, he doesn't expect it to catch up to him. But the waitress Arlene tracks him down and ropes him into a bizarre heist involving ugly family secrets, a violent stepfather, a well-secured safe, and most of all Arlene's mother Gracie—a sultry karaoke queen who tickles Ralph's fancy for older women.

Ralph will need all his guile to make it through a job that has him wishing that he'd just paid for his meal.

The Blind Rooster offers a crude slice of American small town Noir, sunny side down, with echoes of Jim Thompson and Elmore Leonard.