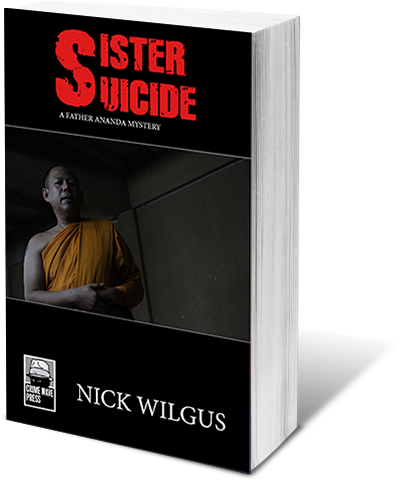 A nun is torn apart by crocodiles in a Buddhist theme park. Is it a case of suicide or does a monastic community in the Thai provinces harbor a vicious killer?

Father Ananda, Buddhist monk and reluctant detective is called from Bangkok to untangle an insidious web of vested interests, corruption and murder in the second episode of the Father Ananda mystery series.

Sister Suicide by Nick Wilgus - the fifth release from Crime Wave Press is out now on Amazon as paperback and Kindle ebook!!!