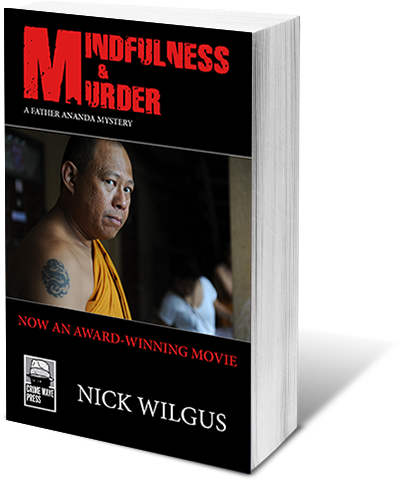 When a homeless boy living at the youth shelter run by a Buddhist monastery turns up dead, the abbot recruits Father Ananda, a monk and former police officer, to find out why. He discovers that all is not well at this urban monastery in the heart of Bangkok.

Together with his dogged assistant, an orphaned boy named Jak, Father Ananda uncovers a startling series of clues that eventually expose the motivation behind the crime and lead him to the murderers.

An award-winning movie based on Mindfulness and Murder was released in 2011 by DeWarenne Pictures in Bangkok and nominated for Best Screenplay by the Thailand National Films Awards 2012. See the trailer here.

"Mindfulness and Murder" is the first in the Father Ananda murder-mystery series.

"Nick Wilgus' first novel is great. May Buddha protect Father Ananda and send him many other exciting adventures."
Livres Hebdo