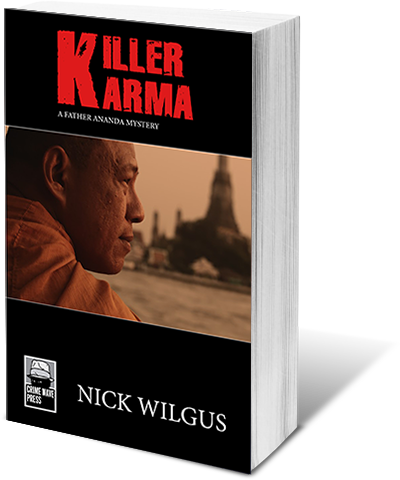 Father Ananda, Buddhist monk and reluctant sleuth, is called to the temple of a small Thai fishing community to investigate the appearance of phi kra sue, fearsome ghosts which appear as heads with bloody entrails and drift through the air searching for something to eat.

Together with his novice Jak, Thailand’s favourite clerical detective follows the ghost trail into a bitter and deadly community conflict between locals and the operators of fishing trawlers who destroy the coastal mangrove belt and push one village after another into destitution. Soon Father Ananda battles both ghosts and powerful vested interests.