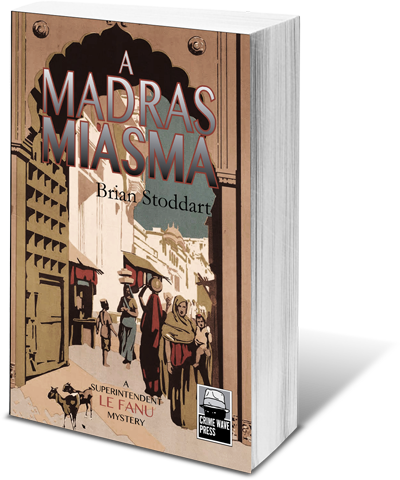 Madras in the 1920s. The British are slowly losing the grip on the subcontinent. The end of the colonial enterprise is in sight and the city on India's east coast is teeming with intrigue. A grisly murder takes place against the backdrop of political tension and Superintendent Le Fanu, a man of impeccable investigative methods, is called in to find out who killed a respectable young British girl and dumped her in a canal, her veins clogged with morphine.

The first Detective Le Fanu Adventure, A Madras Miasma, tells a classic tale of murder, corruption and intrigue with a sharp eye on British colonial politics and race relations. It is a story that, like its main protagonist, has its heart firmly in the right place.